Frank “Homerun” Baker led the American League in home runs for four consecutive years, from 1911 through 1914. He had a batting average over .300 in six seasons, had three seasons with more than 100 runs batted in, and two seasons with over 100 runs scored. Baker’s legacy has grown over the years, and he is regarded by many as one of the best power hitters of the deadball era. During his 13 years as a major league player, Baker never played a single inning at any position other than third base. Baker was elected to the National Baseball Hall of Fame by the Veterans Committee in 1955.

In an era characterized by urbanization and rapid industrial growth, Frank “Home Run” Baker epitomized the rustic virtues that were becoming essential to baseball’s emerging bucolic mythology. Born and raised in a tiny farming community on Maryland’s Eastern Shore, Baker developed his powerful back, arms, and hands by working long hours on his father’s farm. Like the rugged president who defined the century’s first decade, the taciturn Baker spoke softly but carried a big stick–a 52-ounce slab of wood that he held down at the handle and swung with all the force he could muster. One of the Deadball Era’s greatest sluggers, Baker led the American League or tied for the lead in home runs every year from 1911 to 1914, and earned his famous nickname with two timely round-trippers against the New York Giants in the 1911 World Series. Baker later insisted that his hard-swinging mentality came from his country roots. “The farmer doesn’t care for the pitchers’ battle that resolves itself into a checkers game,” he once declared. “The farmer loves the dramatic, and slugging is more dramatic than even the cleverest pitching.” 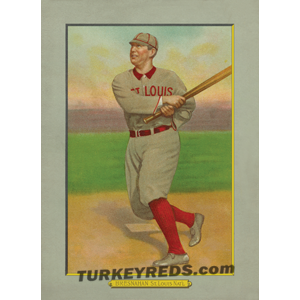 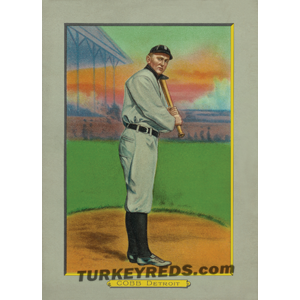 Born in rural Narrows, Georgia, Ty Cobb was nicknamed “The Georgia Peach”. He was an American Major League Baseball outfielder and spent 22 seasons with the Detroit Tigers, the last six as the team’s player-manager, and finished his career with the Philadelphia Athletics. Ty Cobb may have been baseball’s greatest player, if not the game’s fiercest competitor. His batting accomplishments are legendary — a lifetime average of .367, 297 triples, 4,191 hits, 12 batting titles (including nine in a row), 23 straight seasons in which he hit over .300, three .400 seasons (topped by a .420 mark in 1911) and 2,245 runs.

Intimidating the opposition, The Georgia Peach stole 892 bases during a 24-year career, primarily with the Detroit Tigers. In 1936 Cobb received the most votes of any player on the inaugural Baseball Hall of Fame ballot, receiving 222 out of a possible 226 votes.??Cobb is widely credited with setting 90 MLB records during his career.??He still holds several records as of the end of the 2013 season, including the highest career batting average (.366 or .367, depending on source) and most career batting titles with (11 or 12, depending on source).

He still holds the career record for stealing home (54 times) and as the youngest player to compile 4,000 hits and score 2,000 runs. Cobb ranks fifth all-time in number of games played and committed 271 errors, the most by any American League (AL) outfielder.

Cobb’s legacy as an athlete has sometimes been overshadowed by his surly temperament and aggressive playing style,??which was described by theDetroit Free Press as “daring to the point of dementia.”??Cobb himself wrote shortly before his death, “In legend I am a sadistic, slashing, swashbuckling despot who waged war in the guise of sport.”??Cobb was notorious for sliding into bases feet first, with his spikes high. 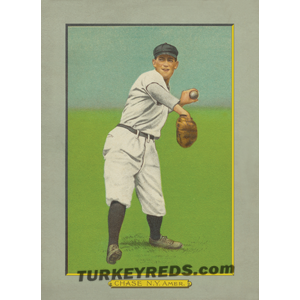