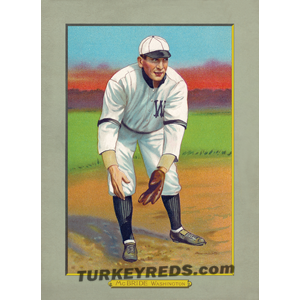 After stints in semi-pro ball, George Florian “Pinch” McBride joined the Pirates in 1905 but was traded mid-season to the Cardinals. He did not become a regular starter until the 1908 season, when he joined the Senators and became their everyday shortstop. He never hit for a high average (his best season was in 1911 when he hit .235 with 11 doubles and 4 triples), but was very talented with the glove, leading the American League in fielding for four straight seasons (1912 – 1915). He was given the nickname “Pinch” for his ability to hit in the clutch.

Like his contemporary in the National League, Mickey Doolan, George McBride was the prototypical “good-field, no-hit” shortstop during the Deadball Era. Widely viewed as the best defensive shortstop in his league, McBride struggled mightily at the bat. A relatively large shortstop, standing 5’11’ and weighing 170 pounds, McBride was described in the press as an “aggressive, alert, and quick-witted” fielder. He led the AL in fielding percentage five times, including four times consecutively from 1912 to 1915, and was near the lead in most other years. Meanwhile, he achieved only a .218 lifetime batting average, never exceeding .235 for a single season. He was an iron man during his days as the regular shortstop for the Washington Senators, and was recognized as one of the headiest players of his day.

A smooth-fielding, hard-hitting first baseman, Kitty Bransfield helped form the nucleus of the juggernaut Pittsburgh Pirates that dominated the National League from 1901 to 1903. Yet in the great tradition of baseball superstitions, his departure from Pittsburgh after a dismal 1904 season left such a void that the club’s decades-long quest for another adequate first sacker became known as “The Bransfield Curse.” Bransfield revived his career in Philadelphia; in his book The National Game, published in 1910, Alfred H. Spink described the big first baseman of the Quakers as “something unusual–a player who was almost all in and then came back stronger than ever.” The lifetime .270 hitter remained with the Phillies through 1911, becoming (according to Spink) “probably the most popular player in the National League.”

William Edward Bransfield was born on January 7, 1875, in Worcester, Massachusetts, and he would spend most of his life in that baseball-crazed city. His original nickname was “Kid,” but a reporter with bad hearing heard it as “Kitty” and the name stuck.

Bransfield began his career in baseball as an outfielder with shop teams in Worcester. In 1894 he went behind the bat, and the following year he received a tryout with the professional team in Pawtucket. Found wanting, Kitty returned to the Worcester area and played for strong semipro teams in Westboro and Grafton. In 1898 the 23-year-old backstop received another professional trial, this time with the National League’s Boston Beaneaters. Already well-stocked at catcher with the talented (albeit volatile) Marty Bergen, the Beaneaters looked Kitty over for five games and released him to Worcester’s minor league team. After spending the 1899 season behind the plate, the 5’11”, 207 lb. Bransfield switched to first base in 1900 and led the Eastern League in hitting with a .371 average.

Gardner was a scrappy competitor who knew how to fight; He was not a great power hitter but was clever and difficult to beat; He lost only four fights in his first 8 years in the ring and was knocked out only twice during his entire career – towards the end. Jimmy was a brother of George Gardner (once Light Heavyweight Champion) and Billy Gardner, and a brother-in-law to Joe Thomas, hard-hitting middleweight of the teens. 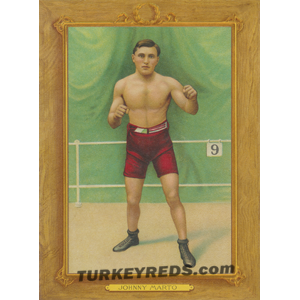 In 112 known fights Johnny Marto was never knocked out and is known to have been knocked down only one time by Jim Bonner in New York, on November 2, 1911, in a fight that Johnny Marto was said to have won by a newspaper decision. 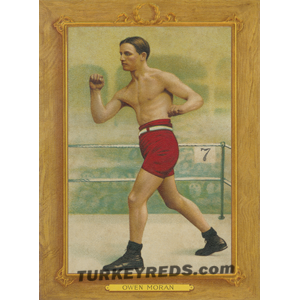 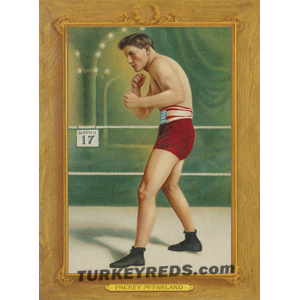 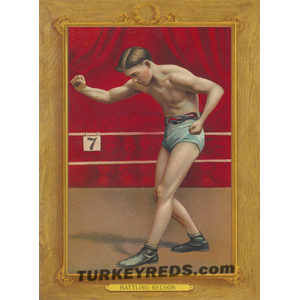